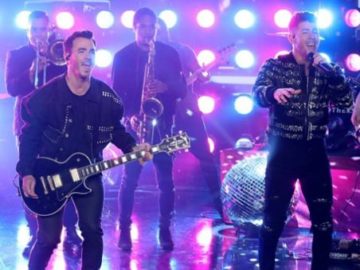 
Ellen is giving away tickets to see the Jonas Brothers on tour!

The Jonas Brothers are back together again and they want you to join them on their “Happiness Begins” tour! Be sure to enter for your chance to win a pair of tickets!

You Are Here:
Home » Tickets Sweepstakes » This Sweep